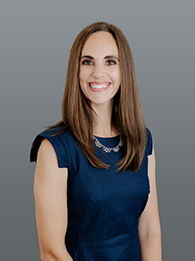 Dr. Carroll graduated from St. John Fisher College in New York with a Bachelor of Science degree in biology. She completed her dental training at the University of Pittsburgh School of Dental Medicine earning a Doctor of Dental Medicine degree. After completion of her dental training, Dr. Carroll completed her specialty training in Periodontics at The University of Iowa College of Dentistry and also earned her Master’s degree in Oral Sciences.

Dr. Carroll is a Board Certified Periodontist with the American Board of Periodontology.

Dr. Carroll has written and published several articles in relation to her thesis research. She has received many awards and honors including the Max Smith Oral Presentation Graduate Competition Award and the Dr. C. Mahlon Fraleigh Graduate Periodontics Award. Dr. Carroll leads a dental implant study club, comprised of general dentists in the Carrollton area, and lectures to the local dental community regularly.

Dr. Carroll and her husband, Dr. Brandon Carroll live in Highland Village, Texas with their two sons. They attend The Village Church in Flower Mound. 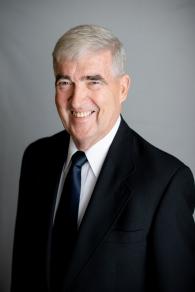 Dr. McQuade graduated from the University of Oregon with a Bachelor of Science degree.  He completed his dental training at Creighton University School of Dentistry, earning a Doctor of Dental Surgery degree.  After completion of his dental training, he completed an internship in general dentistry at Fort Dix, New Jersey.  He completed periodontal training at the U.S. Army Institute of Dental Research and Walter Reed General Hospital, Washington D.C. and earned his Master's degree from George Washington University.  He is certified to provide IV conscious sedation by the Texas State Board of Dental Examiners and is trained in advanced cardiac life support.

He is a Diplomate of the American Board of Periodontology.

His peers have elected him to numerous professional committees.  He has published over 25 peer-reviewed articles and book chapters and lectured on a national and international level.  He currently serves as an Examiner for the American Board of Periodontology.

Dr. McQuade has been a member of the Carrollton/Farmer’s Branch Rotary for nearly 13 years.  He has been active in multiple fundraisers and community charity events including child immunization.  Dr. McQuade has also been associated with Children’s Medical Center through Baylor College of Dentistry for the past 15 years.  He supervised hospital based periodontal surgery for children with severe dental and periodontal problems.  Dr. McQuade and his wife Joanne have been ongoing financial supporters of Texas Scottish Rite Hospital for Crippled Children (through the Shriners), the Boy Scouts of America and the Vietnam Veterans Association.